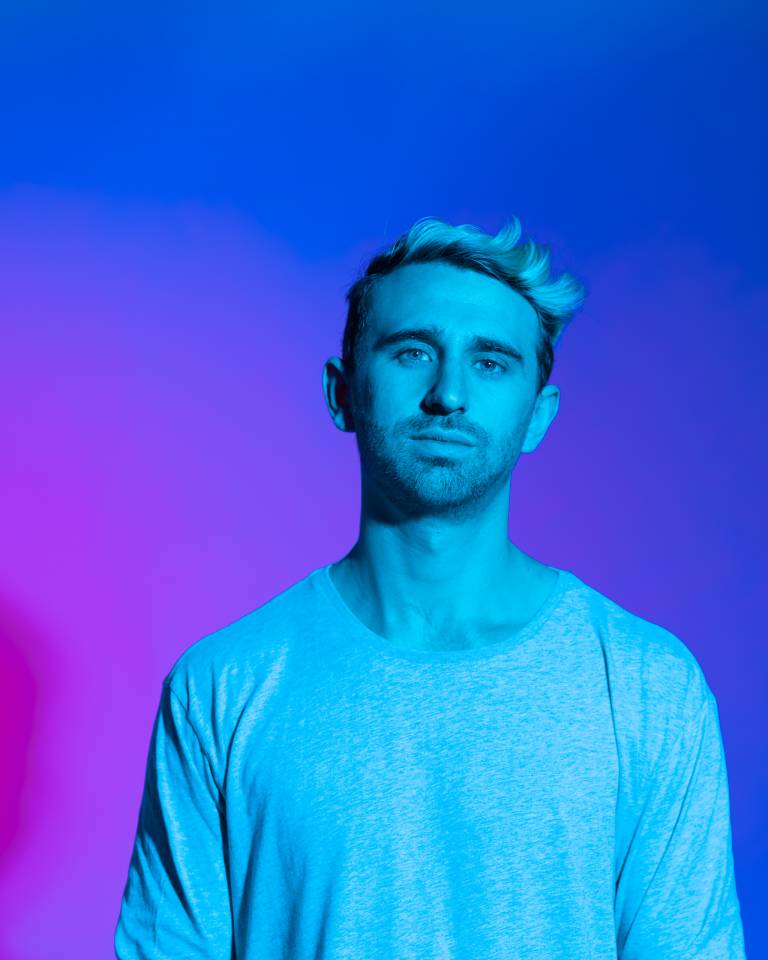 Pete McDonagh is an electronic music producer who records under the name Sturjun. He came into the studio last month to do some photos to support his upcoming releases.

Pete has been producing music since his late teens. More recently he started collaborating with other artists and releasing offical tracks. 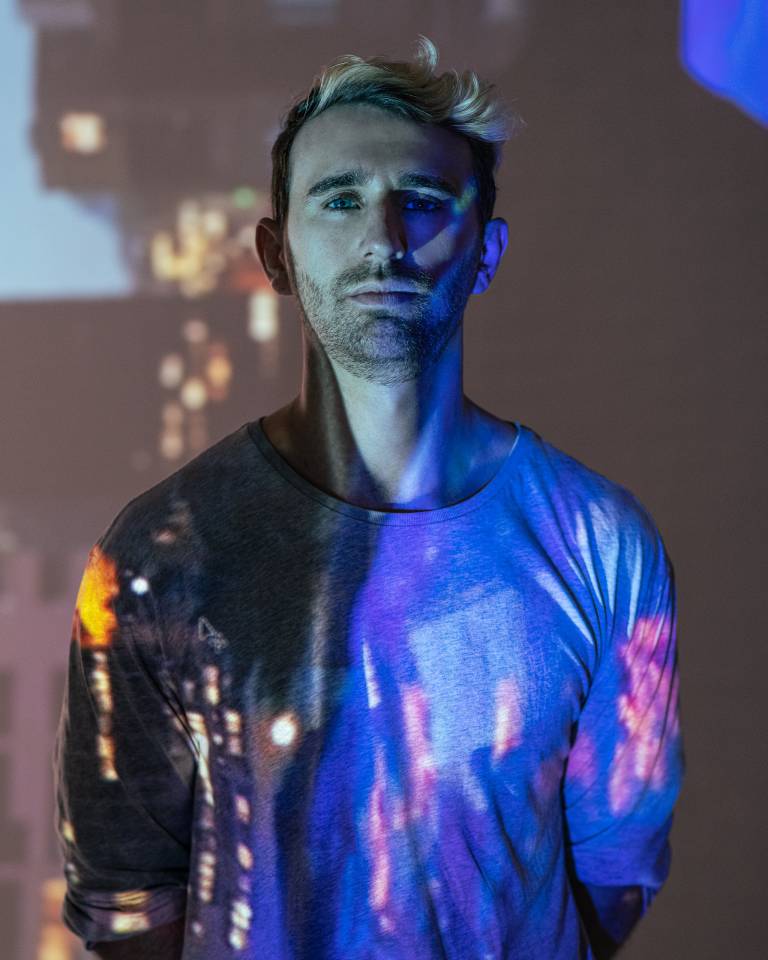 I had a photo of a rooftop pool I’d shot on my phone. It had the right colours and textures to make a good projected light source.

The shots posted here are a representation of the journey of the shoot. Not all of them fit the Sturjun aesthetic, but as a fellow creative Pete was happy, after giving me some initial direction, to have a play to see where it lead us.

The direction given was “Coloured light. Blue and purple tones.” We had fun with projections of some photos from my phone, and then started projecting successive photos of Pete back on himself to create a kind of in-camera layering effect.

Sturjun is today’s #noisemaker and I wish him every success. 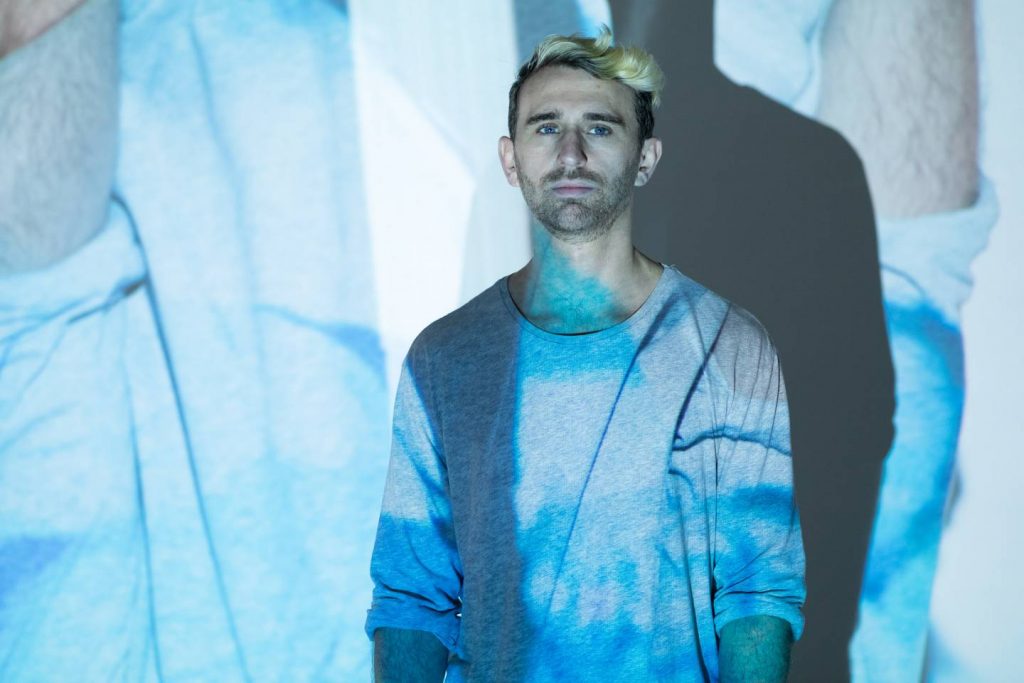 We created a sort of photo-feedback loop, where successive images of Pete were projected as the light source. 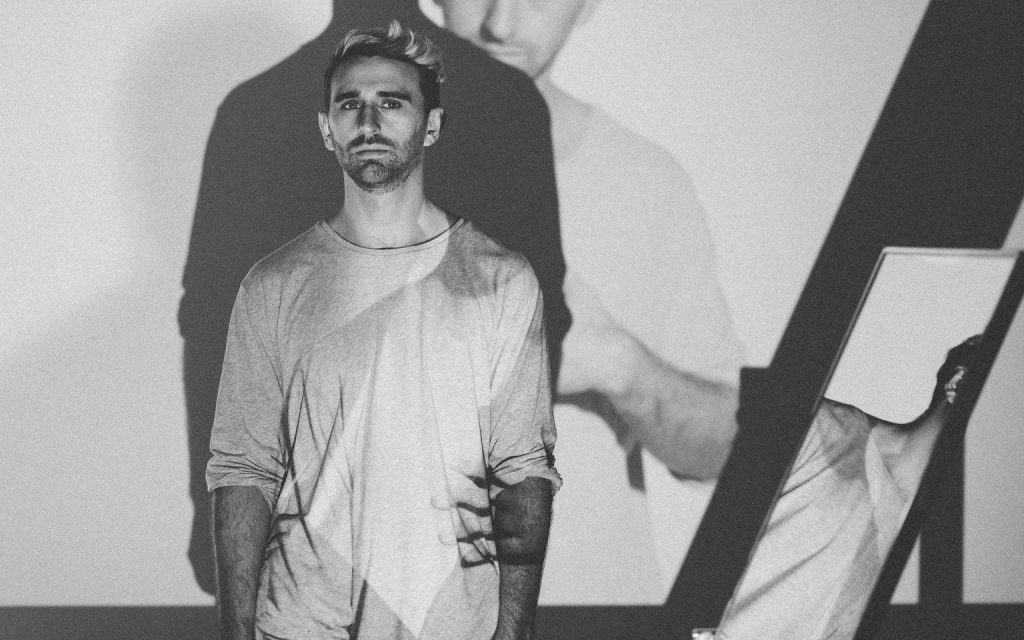 Using the mirror as another light source 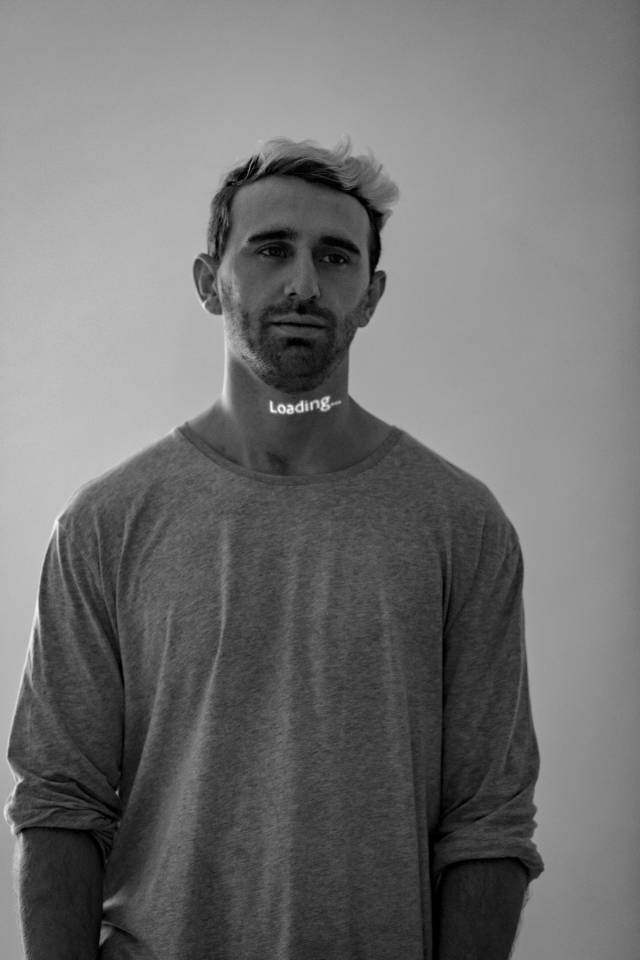 This was a happy accident. The word ‘Loading’ appeared between projections as the source image was buffering.

Listen and look at Sturjun’s music and media: LinkTree.